Knowing the price of specialization for universities Search: 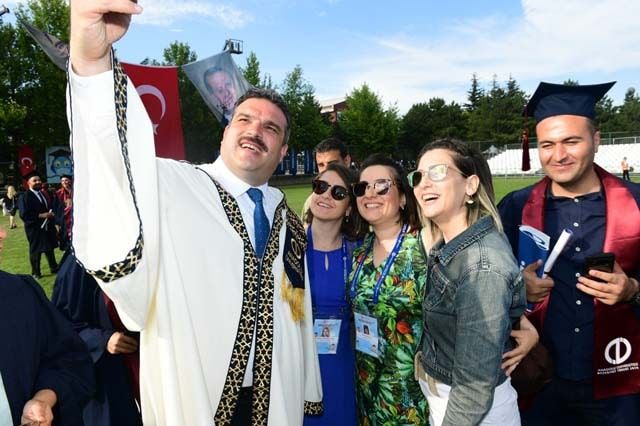 Why might Turkish universities exist in Arabic? In fact, in recent times, the number of Arabs residing in Turkey has increased dramatically, which made the country move towards finding ways to find comfort in education more than before, in Turkey’s path to developing the field of education for years. Therefore, the Turkish government took the initiative to open specialized Turkish universities that teach their educational programs in Arabic throughout The country is due to the increasing number of students wishing to study in Turkey in the Arabic language. And because Turkey is an Islamic country, most of its people speak the language of the Qur’an, which is considered the fourth language in the world.

What are the Turkish universities that teach in Arabic?

Istanbul University was founded in 1453 AD during the reign of Sultan Mustafa III, and it was called the Royal School of Naval Engineering, and we can know its location from its name . A university campus, which ranked sixth among Turkish universities. It was considered one of the best five hundred universities in the world, with nearly seventy thousand students, five hundred university professors, and nearly 6000 employees . It includes many colleges, institutes, vocational schools and huge libraries that contain nearly two million books.

In 2013, Istanbul University opened a department of postgraduate studies, a master’s department for teaching Islamic law, and the Arabic language was the primary language for learning in this department. Arab students received half the number of seats in this university, provided they passed the conditions required for admission to the university, while the rest of the Turkish or foreign students in rest of the seats . Upon inquiry from one of the founders of the Department of Islamic Studies at the University of Mr. Abdullah Trabzon , he disclosed that the program’s goal is to teach Islamic law in its Arabic language as it came, and also this matter opens an easy opportunity for Muslim youth in Turkey to learn the Arabic language .

Among the Turkish universities in the Arabic language that were established in 2010 in Istanbul, in 2016 the Research and Application Center for Islamic Economics and Finance was opened. This center was opened by a group of Turkish experts and international specialists in Islamic finance. This center was established to qualify a group of young people to work in the participatory banking sector, whose work is duly carried out in accordance with the teachings of Islamic Sharia, inside and outside the country.

This is the first center of its kind in Turkey that specializes in Islamic economics and finance, according to what was expressed by the Vice Dean of the Faculty of Islamic Sciences at the university (Abdul Muttalib Arba), and it can be studied in the Arabic language first, and that is what Arba said, that it enables Arab students in Turkey to complete The process of their education, and he added, that the focus is not only directed to Arab students, but that all Muslim students can study in Turkish or English, in order to enable students to join it in a larger number in the country.

It is the first university in Turkey that was founded In cooperation with a Malaysian University (University of Islamic Sciences) and a Canadian University ( KPK University ) The Arabic language is adopted as an indigenous language in it, in order to target a larger number of Arab students from the large Arab community residing in Turkey. It is located in Istanbul. It can be considered as an Arab university residing in Turkey, which includes six different faculties (Islamic Studies). And Islamic Finance Department – Media – International Relations – Business Administration – Computer – Political Science) in addition to psychological counseling. English is adopted as a secondary language, as it is a university that has international privileges and accreditations for all its programs and curricula. What distinguishes the university in particular is that it aims to build strong relationships with a university and scientific research institutions in various fields. It seeks to build a research partnership with other universities around the world. Their motto is to combine science and values. The university aims to chart an academic path for students to follow at a steady pace that represents a milestone on the educational path (excellence - professionalism - academic freedom - societal responsibility - ethical framework).

Al-Neelain University is one of the Turkish universities in Arabic

Yalova University is one of the Turkish universities in Arabic

When the province in which the university is located was declared an independent province, the need arose for the presence of a university in the province. Therefore, in 1996 the Yalova Endowment was established, which later turned into the Yalova Institute for Vocational Training, which was affiliated with Uludag University. Since 2008, this prestigious university is located in the Turkish city of Yalova, northwest of the country. It is a public university whose original language is Turkish and English. Its local ranking is 75 of Turkish universities. The university uses a modern and modern educational system. The university contains many laboratories, libraries and stadiums. It includes four faculties, the most important of which is the Faculty of Science. Islamic teaching curricula and programs in the Arabic language.

In this article, we provided you with information about Turkish universities in the Arabic language, including the most important Turkish universities that teach their programs in Arabic, and it was a useful brief for most of your inquiries. It only provided what the student needs to know about the university he wants to study and join.

The most important majors of the University of Uskudar

We use our own cookies to improve the experience of accessing the information you are looking for. By continuing to use our site, we will assume that you are satisfied with privacy policy

To help you choose your major